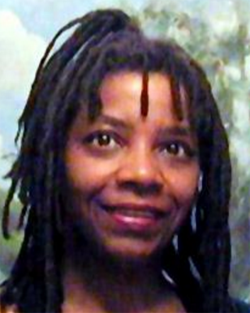 Micky Metts [aka Free Scholar] is a hacker, activist and organizer, as well as a member of Agaric, a worker-owned cooperative of web developers.

May First Movement Technology is a democratic cooperative. Based on our bylaws, the members elect 16 - 20 people to the board and the workers select five. Representatives from Mexico are allocated based on the total percentage of their membership (approximately 20% or five members). Micky Metts was elected to the board October 2019.

What is Platform Cooperativism?

Agaric helps people create and use powerful web sites. As a collective of skilled workers, we collaborate with you and free software communities to develop tools and build platforms that meet your needs.

Michele Metts has been a involved with Drupal since 2006. Her previous experience includes creation and development of diverse online communities, small and large websites. Michele has also managed many diverse teams of programmers to create custom applications specifically for community use.

As a Drupal hacker and Industry Organizer, Michele uses her expertise and knowledge to guide clients towards free software initiatives. Michele's entrepreneurship has included the creation of Cyber Weddings and Friend Finder as early as 1996. Her websites have been featured on the Arts and Entertainment channel, NTV (Nippon Television Network), Local Boston news and CCTV.

As a pioneer, working with VoipDrupal technology, she has created and presents VoipDrupal webinars in conjunction with the MediaLab at M.I.T. Her interests include: Drupal, PHP, Community, FREE SOFTWARE, GNU/Linux, VOIP, VoIPdrupal.

Little known facts: Formerly a punk rock bassist and guitarist, a welder and a silversmith, a formula racing pit crew member, and a creator of some radically modified late 1960's VW beetles. Michele travels to events as a speaker presenting on topics ranging from Community building, Industry Organizing and Cooperative Development, to some interesting modules and things you can do with Drupal.

Free Software and Education
Schools (and this includes all educational activities) influence the future of society through what they teach. They should teach exclusively free software, so as to use their influence for the good. To teach a proprietary program is to implant dependence, which goes against the mission of education. By training in use of free software, schools will direct society's future towards freedom, and help talented programmers master the craft. They will also teach students the habit of cooperating, helping other people. Each class should have this rule: “Students, this class is a place where we share our knowledge. If you bring software to class, you may not keep it for yourself. Rather, you must share copies with the rest of the class—including the program's source code, in case someone else wants to learn. Therefore, bringing proprietary software to class is not permitted except to reverse engineer it.” Proprietary developers would have us punish students who are good enough at heart to share software and thwart those curious enough to want to change it. This means a bad education. See http://www.gnu.org/education/ for more discussion of the use of free software in schools.

When we call software “free,” we mean that it respects the users' essential freedoms: the freedom to run it, to study and change it, and to redistribute copies with or without changes. This is a matter of freedom, not price, so think of “free speech,” not “free beer.”
These freedoms are vitally important. They are essential, not just for the individual users' sake, but for society as a whole because they promote social solidarity—that is, sharing and cooperation. They become even more important as our culture and life activities are increasingly digitized. In a world of digital sounds, images, and words, free software becomes increasingly essential for freedom in general.
Tens of millions of people around the world now use free software; the public schools of some regions of India and Spain now teach all students to use the free GNU/Linux operating system. Most of these users, however, have never heard of the ethical reasons for which we developed this system and built the free software community, because nowadays this system and community are more often spoken of as “open source”, attributing them to a different philosophy in which these freedoms are hardly mentioned.
The free software movement has campaigned for computer users' freedom since 1983. In 1984 we launched the development of the free operating system GNU, so that we could avoid the nonfree operating systems that deny freedom to their users. During the 1980s, we developed most of the essential components of the system and designed the GNU General Public License (GNU GPL) to release them under—a license designed specifically to protect freedom for all users of a program.

Digital technology can give you freedom; it can also take your freedom away

1) How Proprietary Software Takes Away Your Freedom
2) Service as a Software Substitute (SaaSS): How Service as a Software Substitute Takes Away Your Freedom
3) Untangling the SaaSS Issue from the Proprietary Software Issue
4) Distinguishing SaaSS from Other Network Services
5) When a problem occurs in the interaction of multiple proprietary software packages with different developers, none of them is allowed to study the source code of all the pertinent programs. As a result, none of them can understand the bad interaction between them, and the bug is never fixed except by accident.

Q: Why doesn't every K12 School District K12 Middle and High School
have a ham radio and operator?

A: THERE ISN'T ONE GOOD REASON WHY NOT!

John E. Metts, one of the first African Americans in senior radio management. The call letters WJZZ originally belonged to an FM station in Bridgeport, Connecticut (this station is now WEZN "Star 99.9"). The Connecticut WJZZ began as an all-jazz station in 1960 with John Metts of Weston, CT. as GM. WJZZ was one of the pioneers of the "All-Jazz" format. From 1959 - 1965 Mr. Metts was the Vice President of an existing station in Bridgeport, CT, call letters:WICC WICC "Wicc600". Ken Cooper was the majority owner and he achieved his vision of an all jazz format radio station with the start-up of a new station, WJZZ, and by hiring his neighbor, jazz composer Dave Brubeck as program director.

"Think of #basicincome as a foundation, not a net; a floor on which to stand solidly, and to be able to reach for the sky." -@yanisvaroufakis

Universal basic income is the idea is that everyone — yes, everyone — should be paid a government salary just for existing. I strongly disagree with this framing.

No, it's not a payment just for existing. The moral foundation for UBI lies in the fact that the government has to compensate its citizens for the loss of inalienable land access rights.

Since we can no longer freely subsist on the lands of our choice the loss of that value should absolutely be returned back to us as a payment of equivalent or greater value.

It's basically a citizen's dividend because all the citizens collectively own the entire natural resources of the country, and are due a payment on that basis.