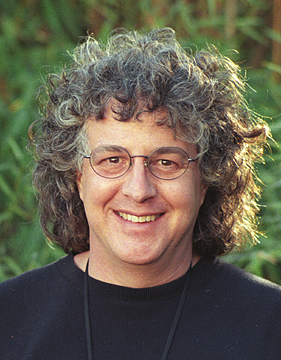 "The 2018 Lifetime Achievement Award Winner and slate of Inductees to the Hall of Fame is stellar, and we are proud to include them," G. Robert Bishop, Chairman of the Induction Committee. For more than 50 years, the IPHF has been and remains the only organization worldwide that recognizes and honors significant contributors to the artistic craft and science of photography. The 2018 cohort of awardees and inductees join 88 other artists and innovators, including: Steve Jobs, Annie Leibovitz, Dorothea Lange and Ansel Adams. Bernstein’s many album covers are listed among the most influential in rock music’s visual history. His first, at age 18, was Neil Young’s After the Gold Rush. Bernstein’s work is well-known in the world of music and is included in the permanent collection of the Rock & Roll Hall of Fame and Museum. His work has been published in a wide spectrum of books on music, musicians, and the music industry, as well as in The New York Times, Time, Rolling Stone and Vanity Fair. In the past decade, Joni Mitchell, Neil Young, Tom Petty and Bruce Springsteen each chose Joel’s photographs to be included in film, video and book projects documenting their careers.

Joel Bernstein was the consultant and a co-producer on the Joni Mitchell PBS American Master program helping to research, locate and compile the film, video,music, spoken word, photography, documents, etc. that make up the film. Joni MItchell: Woman of Heart and Mind" Aired April 2nd, 2003 Joel was also interviewed for a documentary produced and aired by the History Channel for the Arts and Entertainment program on Crosby, Stills, Nash, and Young.
http://www.pbs.org/wnet/americanmasters/database/mitchell_j.html 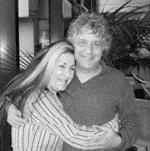 Karen Ellis founder of the Educational CyberPlayGround first met and became friends with Joel when they were both eight years old while learning from George S. Britton their first guitar teacher at Jenkintown Music School. George was one of several who founded the Philadelphia Folksong Society in 1957. That's where we learned "Casey Jones", "Froggy Went a-Courtin' " and the basic three-chord guitar progressions. We started out with the ukelele, an instrument intoduced to Hawaii in the late 1800's by the Portugese. When they saw it played they thought their fingers moved like jumping fleas. Ukelele means "jumping fleas". He also met Tossi Aaron who brought him to the Main Point to take his photo's of Joni.

Around 1969 when visiting with Joel at his parents home he showed me the owl on his desk and let me know that when he heard the song about the midway that Joni had written he asked about it - and that's how it got named!

1983 Still Photographer Joni Mitchell:
Refuge of the Roads, as well as clips from intimate home movies shot during the tour. Joel is photographed riding in the car reminding Joni what the lyrics are to Both Sides Now.

After lessons from George, Joel then studied guitar with our friend Tossi Aaron - performer, author, singer, Orff Teacher, and Founder of the Orff Schulwerk PAOSA chapter. In fact, it was Tossi who took an underage Joel (when we were in high school) to the Main Point where he met Joni Mitchell. Lots of bands played there like Muddy Waters, Doc Watson, John Prine, Steve Goodman and Bonnie Raitt and unknown comedian George Carlin.

I met Tossi in 1970 when she introduced me to Orff Schulwerk which I had experienced first when I was in 5th grade taught to me by Fanabell Kremins and many years have passed since then, but one constant is how Joel has always supported people who were interested in the arts, and culture.

Joel recorded and archived EVERYTHING else

1984 Tour of USA and Canada with The International Harvesters Band:

In April '93, Byron Wagner connected Graham Nash in Kauai to his guitarist friend Joel Bernstein in front of a live audience at TEXPO in San Francisco using video, a TCP/IP WAN, and the first stereo CD quality audio codecs, all connected via multiple trans-pacific dialed-up ISDN calls for a live concert.

Mitchell's longtime archivist, the San Francisco-based Joel Bernstein, maintains a detailed list of all her tunings, and has assisted her in relearning the tunings for several older songs.

These recordings were the favourite performances of Joel Bernstein who was a photographer/artsit friend of Neil's (he took some of the most famous shots of Neil).

This song was on Tonight's The Night 1975 album produced by David Briggs.David Briggs died in 1995 when was 51 years old. Before his death, he was still working with Joel Bernstein on the Neil Young Archives project. This project had been underway for five years before his death and there could be anywhere from three to twenty albums worth of unreleased material.His motto was "Never give up the master tapes."

Hope you and okay otherwise, and congrats on finishing your funding video; what a treasure such a repository would be for this and later generations of children and adults...

<See What Is Art>

The photographs and text, and the digital code of which they are made, may not be downloaded, stored, copied, transmitted, published, reproduced, or altered by any means; either in their entirety or as part of another image, without the express written consent of Joel Bernstein. No unauthorized usages of the photographs or text, whether commercial or non-commercial, print or digital, are permitted.

An Oral History of Laurel Canyon, the 60s and 70s Music Mecca They made music together, took drugs together, formed bands together, slept together. But none of the legends of the Laurel Canyon scene that flowered in L.A. in the late 60s and early 70s—Joni Mitchell, David Crosby, Linda Ronstadt, and others—remember it quite the same way.