The Funk Brothers Webquest
Standing In The Shadows of Motown

MORE #1 HITS THAN
The Beatles, The Beach Boys, The Rolling Stones, and Elvis Combined

Standing In The Shadows of Motown Funk Brothers Webquest 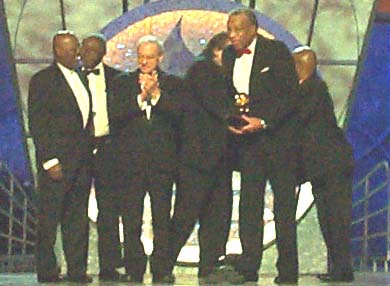 ABOUT THE FUNK BROTHERS

"Standing in the Shadows of Motown", is the documentary film that tells the story of Motown's legendary studio band, the Funk Brothers.

The Music Division of the Library of Congress presented a movie screening of "Standing in the Shadows of Motown," a documentary film from the Rimshot LLC production company on December 14th, 2001 as part of "I Hear America Singing," a major initiative to celebrate this nation's rich musical heritage. The Funk Brothers were a relatively unknown group of musicians who have played on as many No. 1 one hits as the Beach Boys, the Rolling Stones, Elvis and the Beatles combined.

"Standing in the Shadows of Motown" was shot entirely on location in Detroit from December 2000 through January 2001, directed by Paul Justman, a veteran of music videos and music-themed documentaries, Allan Slutsky, and Sandy Passman, executive producers Paul Elliott and David Scott. Using the '60s as a backdrop, Motown's unsung heroes take the viewer on a compelling journey in time as they trace the evolution of "The Motown Sound" from its origins in Detroit to its demise in Los Angeles during the '70s.

In 1959, Berry Gordy gathered the best musicians from Detroit's jazz and blues scene to cut songs for his new record company. The Funk Brothers were the house band and the heartbeat on "My Girl," "Bernadette," "I Was Made to Love Her," and every other hit from Motown's Detroit era.

This excellent film depicts Motown's back story, the tales of the talented jazz-bred musicians who created the intricate, rhythm-heavy Motown sound surrounding the voices of stars such as Diana Ross, Marvin Gaye, the Temptations, Stevie Wonder and many others. I the movie you hear them playing with singers Chaka Khan, D'Angelo, Ben Harper, and Me'Shell NdegeOcello to do songs such as "Cloud Nine" and "Ain't No Mountain High Enough."

This film is based on a book of the same title by Mr. Allan Slutsky that won the 1989 Rolling Stone/BMI Ralph J. Gleason Music Book Award. Mr. Slutsky a New Jersey-based musician, author, and movie producer who worked for 14 years in putting together the movie.

The myth of “pulling yourself up by your bootstraps” is a cruel hoax intended to convince people of color that the injustices they face are a result of their own actions, rather than oppressive structures.

FUNK BROTHERS WEBQUEST TEACHERS CAN TRY IT OUT FIRST

TEACHERS LEARN HOW TO HELP KIDS MAKE THEIR OWN QUESTS

My name is Karen Ellis.
I am a teacher and helped produce the movie Standing in the Shadows of Motown which is all about my friends The Funk Brothers.

WE INVITE YOU TO USE, SHARE & MAKE YOUR OWN WEBQUEST
Online Funk Brothers Webquest for Black History Month All Year Long Project.

See Allan Slutsky in the Background and Ringleader Carla Benson the Background Vocalist on the left. Chaka doing an EXCELLENT version of the Marvin Gaye hit accompanied by the legendary Funk Brothers with some nostalgic civil rights footage!!!

CONTACT ME WITH THE URL OF YOUR FUNK BROTHERS WEBQUEST FOR EVERYONE TO USE!

"Standing in the Shadows of Motown" - soundcloud