#FINLIT How to Steal 63.7 Billion Dollars from the Department of Education.

The federal government doles out $150 billion every year in need-based grants. I repeat: $150 billion.

2016 This year, students can receive up to $5,775 through the program, an increase from $4,731 in 2008. Similarly, the number of recipients grew from slightly more than 6 million to more than 8 million. Today, the Pell Grant covers 30 percent of the total cost of attending a four-year public college. In 2008, it covered 32%. Similarly, the borrowing rate of Pell Grant recipients stayed unchanged at 70% from 2008 to 2012.
The increase in Pell Grants did not come with guarantees that recipients would not pay more than a set percentage of their income or borrow no more than a set amount of money. The increased Pell Grant benefits boosted the maximum possible award by about $1,000, giving students more money to spend on college expenses. The result of an expectation-light approach to college affordability is that the ability of federal postsecondary benefits to achieve their desired aims is completely dependent upon the choices made by schools, governors, and legislatures across the country.
The federal government is making too large an investment in postsecondary education to see its dollars not guarantee affordability, simplicity, and certainty for students. To combat this, we need to flip the concept of federal postsecondary assistance to focus on what it buys, not how much it pays.

THE MATH BEHIND STUDENT LOANS As a student loan borrower, make sure you’re getting accurate information about how to avoid – or get out of – delinquency and default. One way of ensuring this is to diversify your sources of loans in a way that’s most strategic for you.

"Liberty is too Precious a thing to be buried in books"; Mr Smith goes to Washington:
Honesty, sincerity, selflessness, duty, integrity, political courage, these are the things missing in Washington. And until they return, we will continue to see our great Republic slip away from us, until eventually it is no better that a third rate banana republic run by tinhorn despot dictators who exploit the people for personal gain.

On one side, the power of educRAT money from Melinda and Bill Gates driving so called education "reform".

On the other side you have “Blenders” will undoubtedly point to certain in-classroom keys to student accomplishments in the public schools - where success at problem-solving monitored in real time by teachers, serving as coaches, who intervene when videos are not enough. For blenders, the keys to the intervention's apparent success include the use of real-time performance information by qualified teachers.

A commercial go buy a product - children lose but the business gets rich.

Apparent success, it must be said, because the impact of neither the blended nor the online version of the Khan intervention has yet to be documented by a randomized trial.

Too much money is at stake for the politicians.  It is not yet clear that blended learning will be any more efficient than the current system of public education.  But politicians will look for ways to help protect the revenue streams of their Campaign Funders "special interests".

Meanwhile, school districts and teacher unions can be expected to fight publicly funded online learning that offers students a choice of taking courses outside their local district school.

Can they prove online learning should prove to be more effective than the learning that takes place within classrooms? No in fact the they already know it doesn't. 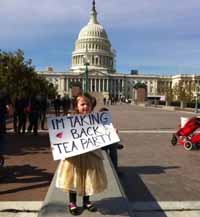 "A child of five could understand this.

Fetch me a child of five."

HOW TO STEAL $63.7 BILLION DOLLARS

#1 Issue - FAIL !!! With all this money they still
CAN NOT TEACH ALL CHILDREN TO READ.

#3 The Federal Department of Education functions as a Cartel. There is no Accountability. Handing out money to the appointed, and anointed insiders and friends of the King. The Public Doesn't know what is happening because the News Media owned by Rupert Murdoc doesn't report it.

#5 The Con Job: 1 IN 100 Americans IS IN PRISON. Sheeple and Prisoners Don't Vote. Murdock won't publish that 1 in 7 American adults is illiterate. 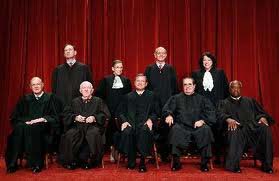 Clarence Thomas admits to
thinking just like his teaparty wife

"People shouldn't expect the mass media to do investigative stories. That job belongs to the 'fringe' media." ~Ted Koppel 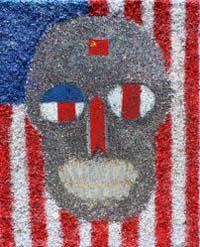 NO ACCOUNTABILITY Is the FEDERAL DEPARTMENT OF EDUATION spending Your Tax Dollars with these Companies?

20 page PDF SHOWS ONLY A FEW K12 Education FOR PROFIT companies who may also HAVE MORE THAN ONE CONTRACT. 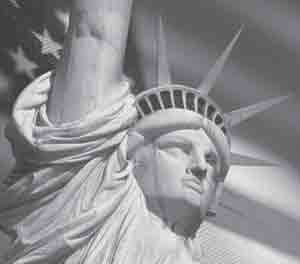 YOUR GOVERNMENT
IS FOR SALE

The U.S. FEDERAL DEPARTMENT OF EDUCATION FUNCTIONS AS A CARTEL AND IS A CORPORATION because it has set up a $650 million fund to boost education innovation entrepreneurs and own a piece of the IP action.

DEPT. of ED is for SALE!
How do PRIVATEERS steal the tax payers money away from the commons - the public education system?
PUBLIC SCHOOLS ARE NOW COMPANIES: OPEN ENROLLMENT MEANS MONEY ON THE MOVE. Open enrollment began in 1998. How much money has the public school system lost to Charter School Companies that got your tax dollar. State Superintendents want your property tax to go directly into the state education bank account so he can pay business privateers like k12.com rather than to your local governments which will kill your local school. This is how they do it . Parents can enroll their children in a school district that they do not live in. Republicans will lift the cap on virtual school enrollment and the private school voucher program. All of this will come amidst a backdrop of state budget cuts which will leave your perfectly wonderful and local traditional public school district BROKE.

I want to thank you for all the diverse resources you post for me to learn from. They are always of value and interest. Thanks for your continuing to uncover such information.

Al Haskvitz Teacher of the Year