When reduced to its most fundamental elements, public education is cold, hard business. A Public School chief operating officer, looks at running the city's schools the same as running a business. Over $150 million annually, education is by far the biggest line item in the city's budget.

January 3, 2011
The Oklahoma State Education Department tracked a new statistic this year in its annual release of student enrollment numbers – the number of kids in virtual schools. According to the data released for the 2010-2011 school year, Oklahoma had 2,593 students enrolled in virtual schools (for profit? they don't say) where the student didn't't attend a physical school but received all of their course work and instruction online from a distance. Another 1,863 students took virtual classes online, but in a school setting. White Oak Public Schools had the most virtual students with 973 kids enrolled in the K12 program offered by the small rural district in north east Oklahoma. Hanna public schools was next with 348 students enrolled in off campus programs, and Oklahoma City came in third with 236 students. But Oklahoma City ranked first for on campus virtual programs with 337 students enrolled. Tulsa Public Schools had 280 students enrolled in virtual online courses and Shawnee Public Schools in Pottawatomie County had 204 students on campus taking virtual courses.
http://blog.newsok.com/educationstation/2011/01/03/ok-virtual-school-enrollment-at-2593/

K12 Online Curriculum Provider of For Profit Online Schools took off across the country in the 1990s. This business was started by a previous X US Secretary of Education Bill Bennett a convicted gambler along with the President Bush's Convicted brother Neil Bush of the Silverado Savings & Loan Scandal in the 1980's.

FOR PROFIT k12.com virtual online School IS BIG BUSINESS, was started privately and owned by Republican Bill Bennett who was not elected but appointed by President Bush and his brother Neil Bush.

Bill Bennett teamed with a Virginia company backed by the education firm Knowledge Universe that is Michael Millkin's money to start up k12.com his home cyber learning for profit school which is also commodisizing educational products.

The wedding of big business and education benefits not only met the interests of the Business Roundtable, a consortium of more than 300 CEOs, but countless Bush family loyalists.

Education Establishment:
The City Public School is a multi-million dollar operation, and if you do not have in place systems and protocols that take advantage of state-of-the-art technologies and business techniques, you will ultimately have a system that does not allow itself or lend itself to the maximum amount of resources going into the - education side of business - Over 90% of the budget is locked into personnel, transportation, special education, medical benefits, pension benefits, utilities.
Shocking: the outlandish salaries collected by School Board Association executives whose executive director, Scott Plotkin, (California) pulled down $404,000 -- a 52% increase from three years earlier and executive staff, six of whom made between $150,000 and $207,000 salary in 2009. 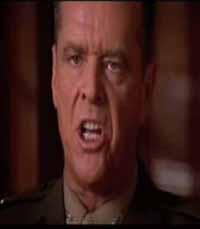 YOU
CAN'T HANDLE
THE TRUTH!

The winners are the education lobby, especially the bureaucrats.

2010 HOW ARE KIDS DOING IN THE PUBLIC SCHOOLS?

WE DON'T KNOW. THERE ARE NO UP TO DATE TEST RESULTS THAT SHOW US.

HOW ARE KIDS DOING IN PRIVATE EDUCATION CHARTER SCHOOLS?
WE DON'T KNOW THEY DON'T HAVE TO BE TESTED!!!

IDENTIFY THE EDUCATION LOBBIESTS PUSHING THE AGENDA TAKING YOUR MONEY

As graduation rates go down, school ratings go up 2/14/2008
The study analyzes student-level data of 271,000 students in one of Texas' large urban districts over a seven-year period. It also includes analysis of the policy and its implementation, extensive observations in high schools in that district and interviews with students, teachers, administrators and students who left school without graduating.

Researchers at Rice University and the University of Texas-Austin finds that Texas' public school accountability system, the model for the national No Child Left Behind Act (NCLB), directly contributes to lower graduation rates.

Each year Texas public high schools lose at least 135,000 youth prior to graduation - a disproportionate number of whom are African-American, Latino and English-as-a-second-language (ESL) students.
By analyzing data from more than 271,000 students, the study found that 60 percent of African-American students, 75 percent of Latino students and 80 percent of ESL students did not graduate within five years. The researchers found an overall graduation rate of only 33%
"High-stakes, test-based accountability doesn't lead to school improvement or equitable educational possibilities," said Linda McSpadden McNeil, director of the Center for Education at Rice University. "It leads to avoidable losses of students. Inherently the system creates a dilemma for principals: comply or educate. Unfortunately we found that compliance means losing students."
The study shows as schools came under the accountability system, which uses student test scores to rate schools and reward or discipline principals, massive numbers of students left the school system. The exit of low-achieving students created the appearance of rising test scores and of a narrowing of the achievement gap between white and minority students, thus increasing the schools' ratings.

This study has serious implications for the nation's schools under the NCLB law. It finds that the higher the stakes and the longer such an accountability system governs schools, the more school personnel view students not as children to educate but as potential liabilities or assets for their school's performance indicators, their own careers or their school's funding.

The study shows a strong relationship between the increasing number of dropouts and school's rising accountability ratings, finding that:

- When it comes to public schools, families generally have three choices: the school in their district, a magnet school or a charter school.

- Charter schools are chartered by the state and governed by an independent board — a non-profit structure with a board of directors that function independently from the local school district. That governing structure is not in itself a guarantee of the school's success. Students from a specific geographic area are accepted to charter schools on a lottery basis. They are tuition free. The money from the school district follows the student into the for profit pocket of whoever owns the business which makes the commonwealth school district poorer. Magnet schools intend to create a diverse learning environment that's capable of attracting students from surrounding districts and to work on reducing the racial, economic and ethnic isolation in the core cities.

K12 Education is a Business