Music is Language, Language is Music 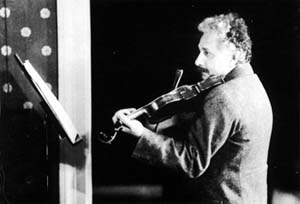 "The intuitive mind is a sacred gift and the rational mind is a faithful servant. We have created a society that honors the servant and has forgotten the gift."

The dancing universe and the musicality of being.
"Music is a moral law. It gives soul to the universe, wings to the mind, flight to the imagination, a charm to sadness, gaiety and life to everything.
It is the essence of order and lends to all that is good and just and beautiful. -- Plato

1982 MATH AND MUSIC: THE DEEPER LINKS By EDWARD ROTHSTEIN The article as it originally appeared.

2017 Music causes changes on a molecular level
Listening to classical music actually alters the function of your genes. Scientists took blood samples from study participants before and after listening to Mozart's Violin Concerto No. 3 in G major, K.216. Scientists found that the music directly affects human RNA, suggesting that listening to music has even more surprising benefits than previously thought. It affects the very core of your biological being. With the introduction of genomics, scientists can look even closer by sampling blood and identifying its molecular properties. Listening to classical music enhanced the activity of genes that are mainly related to reward and pleasure, cognitive functions and proper brain function