Cartoons for the Classroom
Cartoons for the Classroom is an excellent resource for high school educators who are looking for ways to use the visual rhetoric of political cartoons to highlight issues in current American politics, civics, and cultural life. Lessons are published every week or two. Each tackles a particular issue, featuring two cartoons on the topic and a list of Talking Points. These usually include provocative questions to spur classroom discussion. For example, in the How did Flint's water get poisoned? cartoon, one of the talking points asks, "Switching water supplies to save money resulted in lead contaminating the water in Flint, Michigan. What do these cartoons blame for the disaster?" With over 300 lessons to choose from on topics ranging from political candidates to the stock market to the debate over drone strikes, this site presents political ideas in visually stimulating and intellectually compelling formats. [CNH]

In 16th-century Germany, cartoons in the form of broadsheets or broadsides (single cartoons printed on large pieces of paper) began to be posted in public places with the intent of swaying people's beliefs. During the 18th century English painter and engraver William Hogarth launched the idea of pictorial storytelling- similar to that of a comic strip. In England during the late 1700s and early 1800s, thousands of broadsheet caricatures- essentially editorial cartoons- were produced, addressing the fashionable follies, political gossip, social scandals, and major issues of the day.

Pictorial Storytelling - similar to that of a comic strip.

HISTORY SHOWS HOW SONGS AND BALLADS WERE RESPONSIBLE FOR SPREADING LITERACY.
Learn About The Roots of Print, Power, Politics, Literacy, Ballads, Plays, Thought and failed Censorship.

Learn about The Bob Hair Cut that started in the 20's. By 1921, following the lead of fashion designer "Coco" Chanel and actresses Clara Bow and Louise Brooks, young women everywhere took the plunge and began bobbing their hair. 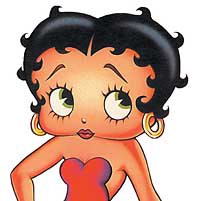 Hairstyles of the 1920s created more controversy in hair fashion than in any other period of American culture.  Betty Boop with her spit curls from the 1930's, her wide eyes and pouty mouth. Her history is here, and should you be in the mood for a song, you can find it here. 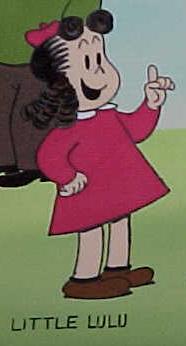 Marjorie Henderson Buell, the creator of Little Lulu, signed her cartoon “Marge”. It went from a one-panel cartoon in 1935 into an international marketing sensation. February 2005 signals Little Lulu's 70th anniversary of cartoon success. 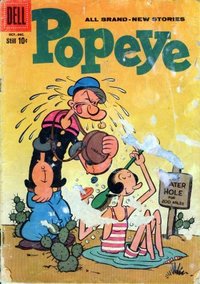 " SOUNDS LIKE FUN ! " HEAR EXAMPLES OF SOME OLD TIMEY SONGS

EDITORIAL CARTOONS BY KIDS - resource site and contest encouraging students to express their social and political views through the editorial cartoon genre; includes lots of tips and support to help participants maximize their experience win or lose.

EDITORIAL CARTOONS BY KIDS - resource site and contest encouraging students to express their social and political views through the editorial cartoon genre; includes lots of tips and support to help participants maximize their experience win or lose.