President's Day is the Third Monday in February

My name is Shannon Porter and I teach at Zalma Elementary school in Zalma, Mo.  I love your website.  It is very educational.  I love the Presidents Song and have taught it to my first graders..

This one misses some of the presidents but we like her spirit!!

(There are Five more, our last 5 presidents)

Of course, you'll have to fudge (fit) the rhythm in some places, but I hope you enjoy it. My 2nd graders even sung it on a program many moons ago. I try to teach it slowly, doing a verse at a time until they know it, but they make me go faster. It becomes a real challenge for them and a little competition to see which class can learn it faster.

IN REPLY: The Presidents Song From "Matthew Perkins" 7/14/05
I learned this song way back in elementary school in the 70's.  It is sung to the tune of "10 Little Indians."  I may have learned it from my mom, who taught Kindergarten or 1st grade at the time.  She seemed to have all kinds of songs for school kids to learn.
I wanted to write in to contact Joy Hinton and you about tweaking the song listed.  I learned it slightly differently, and I think the melody flows' better.  It also lets you know how many presidents we have. When I originally learned it, Jimmy Carter was the 39th President at the end of the song, so I basically had to 'modify' the ending.  Here it is:

- are the 44 Presidents.  (this line is the same tune/beat as the previous line of 'Bush, Clinton, Bush and OBAMA)

The ending used to be smoother when there were 39 Presidents, but this still works.  I am actually thinking of trying out playing it on the guitar with the words to help me remember it better, and then I can give it to a lady at work.

Thanks and have a good day. - Matt P.

From George Washington to Barack Obama, swipe through the 43 people who held the office of President of the United States of America. Happy Presidents Day!

Picture of President Obama, Vice President and their Families

Portraits of all 44 U.S. Presidents one by one. Watch their eyes - it's amazing how they kept the eyes in almost the exact same position as each one morphs into the next. 44 US Presidents from George Washington to Barack Obama morphed to the music Boléro by Ravel.

The Presidents Song Sung to the tune of "Yankee Doodle Dandy."

Washington was first and then came
Adams and Tom Jefferson
Madison, Monroe and Adams
Jackson and Van Buren

McKinley and then Roosevelt
Taft and Woodrow Wilson
Harding and then Coolidge and then
maybe someday you can.

Animaniacs song about real facts of the presidents, one of the best cartoon useful songs ever. 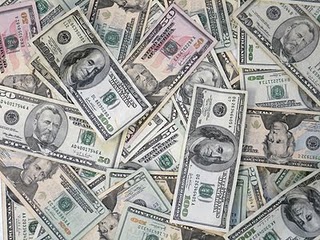 Millercenter.org (The University of Virginia)
American President: An Online Reference Resource
The site has detailed profiles for each president, with links to full biographies, cabinet member profiles, speech transcripts, and Miller Center videos and audio files of journalists' presentations.

USHistory.org
The President's House in Philadelphia
This site gives students a historical overview of the times before Washington DC was the nation's capital. It provides history of the old White House, photos, maps, news, and also historical context for presidents and their relations with slavery.

Whitehouse.gov
White House for Kids
Historical themes very accessible to young students. It links to the White House website for detailed profiles of each president, and provides a “real life” view of the President and his family, including information about their favorite books and sports, events they attend, and their pets. The Parents & Teachers section contains several classroom activities, including directions for writing letters to the President, trivia about the First Family and presidential quizzes.

The original piece, "Ten Little Indians (Originally called "Ten Little "Ni^^ers" also called "10 Little Injuns" (1868) , was written by songwriter Septimus Winner in the 1860's for a minstrel show and was much more elaborate.

Ten little Injuns standin' in a line, One toddled home and then there were nine;

Nine little Injuns swingin' on a gate, One tumbled off and then there were eight.

Seven little Injuns cuttin' up their tricks, One broke his neck and then there were six.

Six little Injuns all alive, One kicked the bucket and then there were five;

Five little Injuns on a cellar door, One tumbled in and then there were four.

Four little Injuns up on a spree, One got fuddled and then there were three;

Three little Injuns out on a canoe,One tumbled overboard and then there were two.

Two little Injuns foolin' with a gun, One shot t'other and then there was one;

One little Injun livin' all alone, He got married and then there were none

USE THIS SONG AS A STARTING POINT FOR CIVICS

Rules for civility and decent behavior ascribed to George Washington by the editors of Foundation Magazine.