Learn about the culture and history of China.

By way of an introduction, we have China, a country whose culture dates back 4,200 to 5,000 years ago. And we know that in paleolithic times Asian people began traveling out of Mongolia into Russia, crossing over to Alaska, then Canada, on down into America. Asian People become First Nation People.

China has 56 Ethnic Tribes (Atayal tribe, one of Taiwan's 14 native ethnic groups,)
and America has 562 First Nation tribal entities recognized and eligible for funding and services from the Bureau of Indian Affairs by virtue of their status as Indian tribes re: Section 104 of the Act of November 2, 1994 (Pub. L. 103-454; 108 Stat. 4791, 4792. These tribes guard their, territories, languages, songs, history, and stories. The tribes protect their culture and don't want to assimilate, which makes governance a real problem.

First Nation People didn't want to be conqured by Europeans and have their land stolen away, but they were pushed off their land, offered deals, contracts, promises, and apologies from the U.S. government. An apology for the government's deceipt, never giving the money owed to First Nation people.

Learning Materials In Preparation For Your Education, and visit to China: 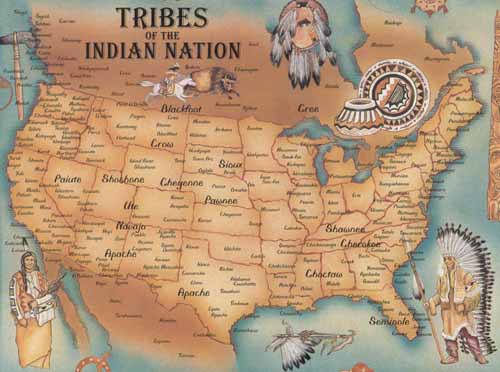 Who Is Smarter China or the USA

Education in China vs USA
Irony: First Nation people lost their land and their rights but after all the years of thievery, deregulation and corporate corruption by the original industrialists that once profited from their piracy, America experiences the Wall Street crash and the tax payer is forced by a corrupt US government to bail out Bankers. Captains of Industry needed money, and they got it. Yes, imagine that, Congress authorized money in only ten days!

As a result, America owes China a lot of money.
The Treasury Department estimates that American debt to China is approximately $889 billion as of 2010.. That is more than $10,000 in debt for the average American working family. Asian People who became First Nation People actually own America. What goes around, comes around.

China's communist rulers are now the world's most powerful and wealthy political party, but China is just a cell phone swarm away from revolution in certain regions.

7/1/2010 Math, reading gap among Native American students
"The fact that our American Indian and Alaska Native students have not made any progress since 2005 is alarming and cause for major concern," said Rep. George Miller, D-Calif., chairman of the House Education and Labor Committee. The American Indians' scores were similar to those of black and Hispanic students.

2010 Shanghai CHINA KIDS ARE THE SMARTEST KIDS IN THE WORLD